22 May What’s this all about, anyway?

Posted at 12:29h in All, Blog by joshbrown 0 Comments
Share

We have had lots of questions asked of us since we started this new journey – “Why?, I thought you had a job already?, What made you do this?” are a few of the ones that come up regularly. Honest questions, that sometimes we even ask ourselves. I had a bit of time to sit and reflect yesterday evening as I was waiting on the coals to get ready on our trusty Weber Kettle grill. What was for dinner? I’ll get to that in a bit. It was a beautiful Spring eve here in the North Georgia mountains, and I had just finished cutting the grass, so I grabbed a beer and lit the grill and decided I would just sit and stay a while outside.

We had the good fortune to relocate here to our little slice of heaven 5 1/2 years ago. We got a chance to do what many adults don’t get to do. We packed up and moved to the mountains, bringing our jobs with us and pretty much starting over. We left our great network of family and friends behind in South Georgia and decided to start anew. It was a daunting but exciting proposition. We would get to choose who and what we wanted to be associated with and how we wanted to devote our time to things that interested us. Not many people get the chance to start fresh, but we decided it was worth a shot.

We found many new friends here that opened up their hearts and homes and made us feel welcome. We discovered new places to call ours, and along the way, we developed a deep sense of belonging and community. We discovered a way of life most have forgotten. Connecting with local growers and providers, getting to know the hands that provide the food we eat, and the wine that we drink. The more we discovered, the more we felt connected to our little community. Out of this connection and desire to eat and drink as locally as we could, we started canning and preserving some of our favorite seasonal treats so that we could enjoy them all year, not just when in season. As we did this more and more often, we decided we wanted to share with others what our community had shared with us. So, we started Unicoi Preserves to share our passion with others.

Because it takes a lot of experimentation to dial in a final recipe that we want to produce for others to enjoy, that means we have LOTS of test batches to figure out what to do with. You can only give so many jars to people before they start to eye you suspiciously when you approach them with a little brown bag of jars. So, back to last night’s dinner. Our trusty Weber Kettle grill is special. It was a pre-wedding present given to us 18 years ago at our couple’s wedding shower. I don’t use it often, but every time I do, it brings back fond memories. Last night, I grilled bone in pork chops that I brined and then smoked with apple wood. I brushed the pork chops with our Georgia Apple Cider Pepper Spread during the last few minutes of cooking over direct heat to form a glaze. 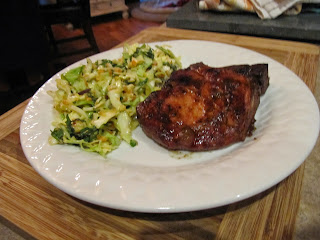 Suzy made slaw, and dinner was done. I told you we have to get creative to use up all the excess fruits of our labor! After all, this venture grew out of our love of local food and wine, and heck, everyone has to eat!

21 May Happily ever after

Fast forward a few years. Back down in south Florida, we kept hearing about this Tammy. And then one Thanksgiving, Fred & Tammy and family in tow came to the mountains. We met this super cute Princess and kept our fingers crossed that the stars would align for our friend. 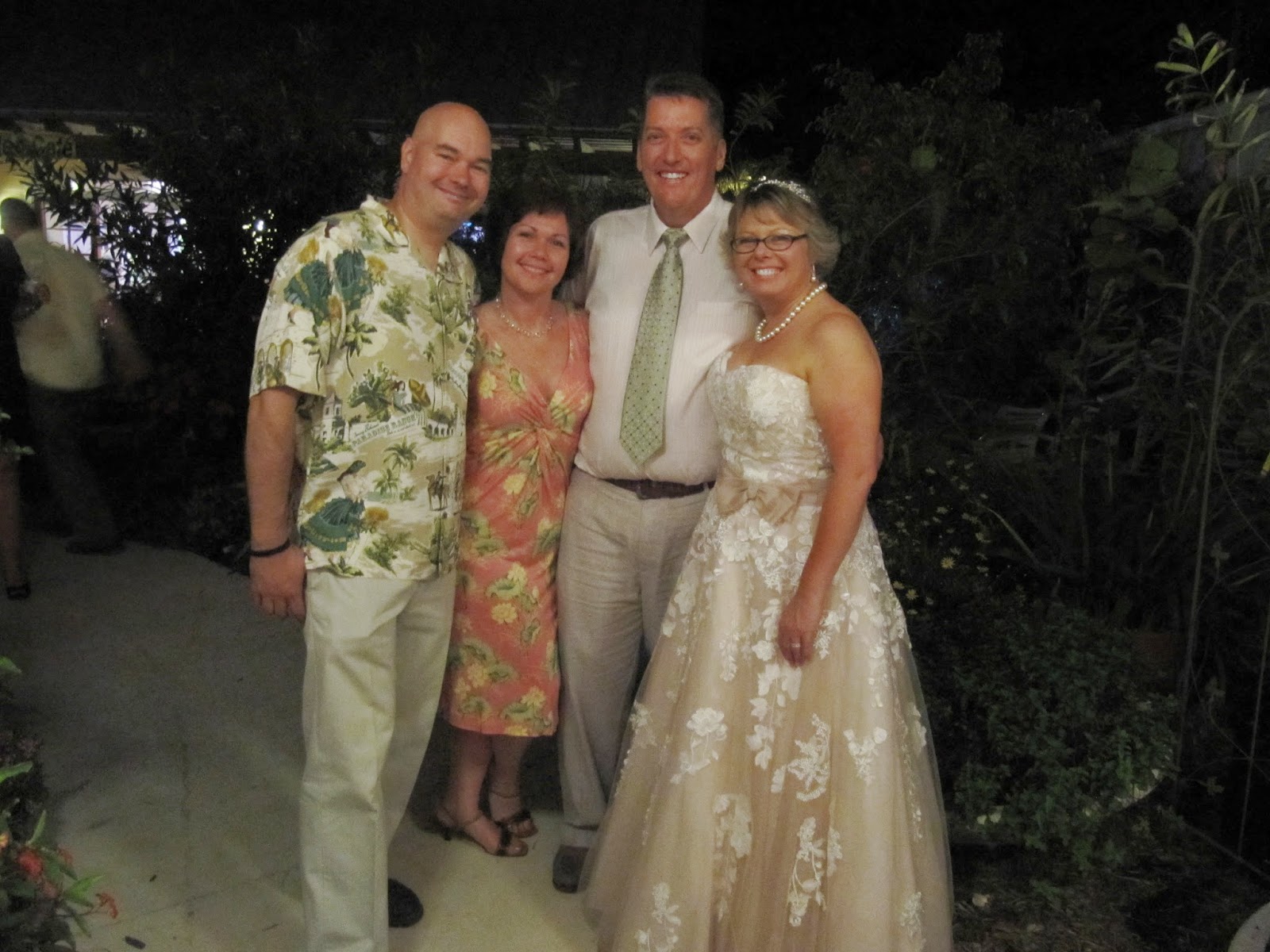 Everything happens for a reason. Sometimes you just have to just let go and Believe.

This past Saturday we spent inside Habersham Winery’s tasting room doing a product demo after being cancelled by an outside art festival.
Neither Clark nor I were upset about that cancellation, somehow it just didn’t feel right. But, since we are a new company, we figured the exposure would be good. A good deal of our weekend time is spent at local wineries, not art festivals, but we’re flexible and had nothing to lose.
So when Emily asked if we wanted to set up inside the winery tasting room, it was pretty much a no-brainier.
Setting up a table inside Habersham Winery > then hauling an EZ-Up & spreads through a wet grassy field.
Emily, Andrew & the entire staff of Habersham Winery are some of the most gracious people we know. They have supported us in so many ways. Oh and did I mention, we love their wines? We have a very good community here in North Georgia Wine country & love living on the Unicoi Wine Trail.
Some of the friendly folks we met the previous Saturday at WineFest came back to Habersham Winery & brought friends visiting from Arizona to do a tasting. We had met several people Friday night at Serenity Cellars, while listening to Monica Spears. They were all staying at Sylvan Valley Lodge. Ginevra & John are bringing their lodge to a new level, with a new event space. I also just saw something about a Mountain Beach Party there May 31.
To top it off, the okra, on top of the jar, so to speak, we had the pleasure of meeting a real-life Athens, GA food celebrity, Angie Tillman of Phickles fame! I know I was probably gushing and too excited, but dang! Angie & Phin have worked so hard to take their business where they have. Their Phickles are super yummy and healthy. Plus, they were just so genuinely nice & shared some advice. Best advice she had? 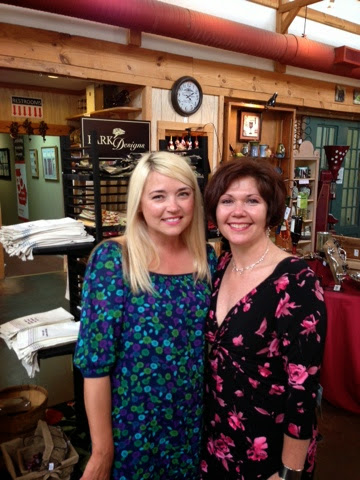 Just be yourself.
Believe!
Read More

Mother’s Day has been bittersweet since my mom’s passing. Growing up, she and I didn’t always get along. I was independent from the time I could dress myself.

Being a child in the 70’s meant that plaid pants & a tie dye body suit was an outfit, at least in my mind. She let me go with it though & throughout my childhood,  was there for me and my siblings. Cupcakes in ice cream cones for the school bake sale, funnel cakes in an electric skillet at  the school fair, potluck dinners at Camp Osborn Boy Scout camp. Too many activities really to mention but she was always ready to go and be there, even if it was outside her comfort zone.
The only way she enjoyed being outside was at the beach or in their swimming pool. My love of the forest did not come from her. Clark & I knew we were in big trouble a few years back when I crashed my mountain bike & dislocated my shoulder. I waited a few days before calling to tell her, and might have popped a pain pill before I did dial her up.  Not much sympathy, more or less a scolding over the phone,  “Little girls shouldn’t play in the woods!”.
My dad died a year before she did and this is the picture of her he kept in his wallet for 51 years.
I know they’d approve of Unicoi Preserves, and as she once briskly told Clark, “You’re smart, you’ll figure it out.” 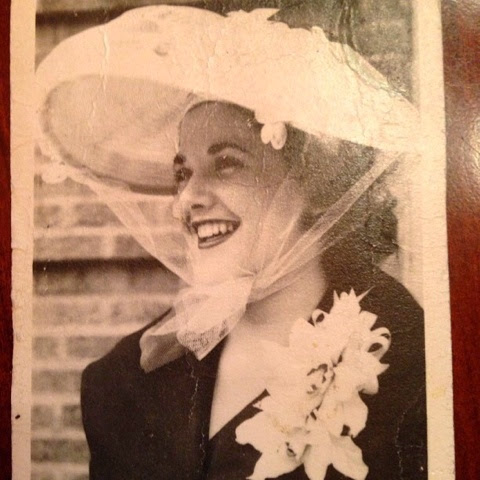 07 May Dreams do come true

I had a phone call a few weeks ago from a person I hadn’t talked to in quite some time. She told me that she had a very vivid dream I had a given birth to a baby (gasp!) and asked if I had something to tell her. I assured her that Clark and I were still proud parents of the greyhounds, but no, there was no human baby to report. We had a good laugh and caught up on life but wow! Having a baby at my age is not something I’d want.

It hit me after we hung up, though. I actually have had a baby. Clark and I are the proud parents of Unicoi Preserves. Looking at the time we have been working to make a business out of a hobby hasn’t been pain-free but its also a very joyous time.

Stayed tuned and watch our little baby grow. The sun is just starting to rise over the mountains in Sautee.